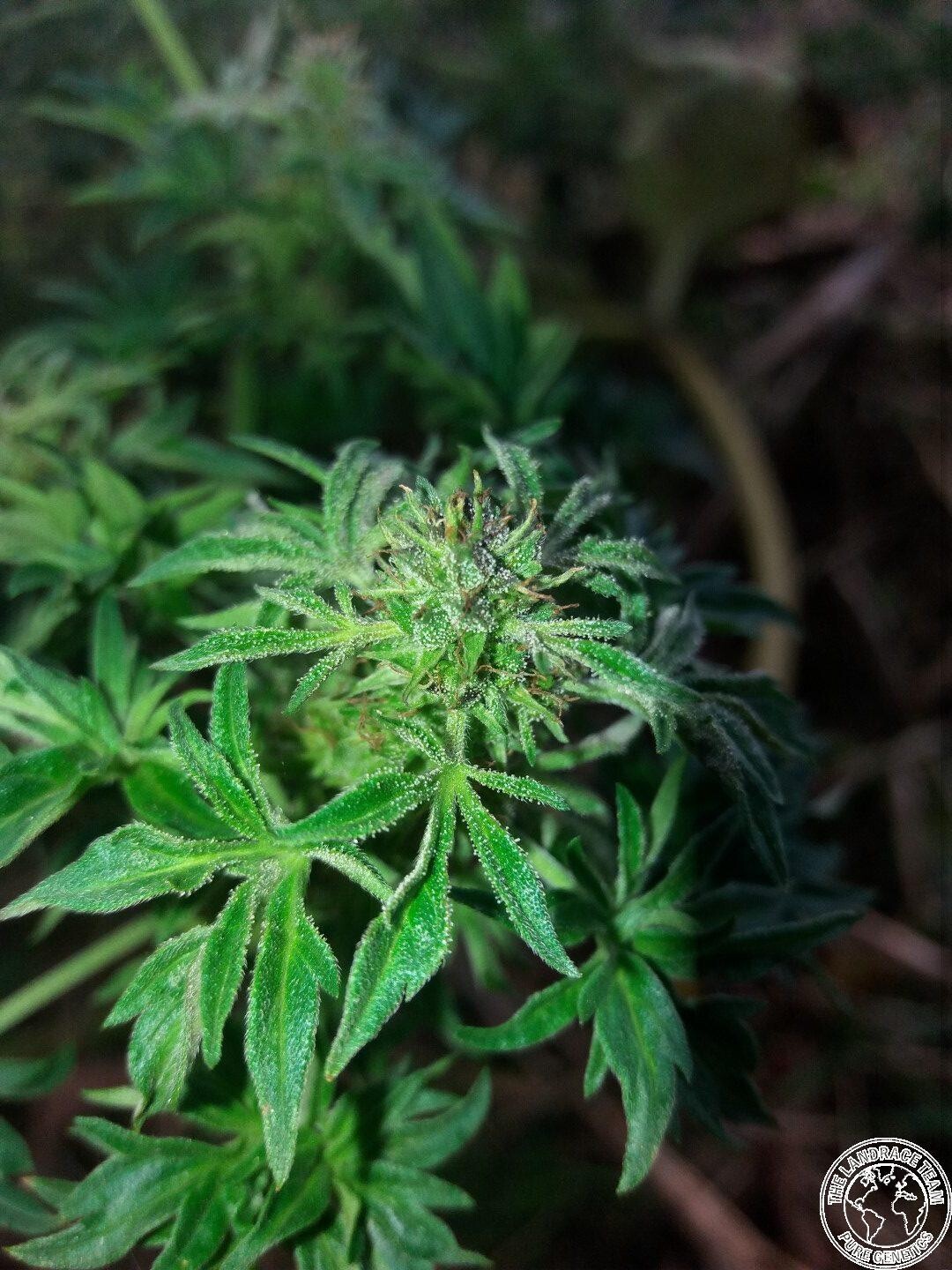 ABC shows a specific leaf mutation that instead of the classic leaves with serrated leaflets form shiny and tiny palmate leaves that have an irregular shape and size, some even resembling imparipinnate leaves. Compact height, with many thin flexible branches, it grows very densely. ABC shows resistance to adverse conditions, especially resistance to night temperature drops. In cold weather, the buds turn slightly purple. Australian bastard cannabis is a vital sativa greatly affected by its unusual mutation, which has been shown to be adaptive to the inhospitable conditions of the east coast of Australia.

A certain percentage of the seeds usually does not germinate immediately after soaking and it is necessary to use the method of hydrogen peroxide or, as a last resort, even cracking the husk open. After such an intervention, most dormant seeds always germinate. It is not uncommon for dormant seeds to germinate during the following season. Seedlings do not produce massive leaves like classical cannabis as they do not have such a large leaf area for photosynthesis and the initial growth is slower.
After 40 days from germination, it reaches about 35 centimeters in suitable conditions, the growth accelerates further as the leaf area gets larger.

Some phenotypes produce rather large shrubs without the typical central apical bud and remain low, while growing to the sides. Phenotypes with a classic structure can reach a height of 2 meters. ABC creates flexible branches that can withstand even strong winds.Due to the specific structure of the leaves, ABC is highly resistant to drought and low night temperatures. If we do not count the disadvantages in the initial stages of growth, ABC is very vital, despite the smaller leaf size, it does not suffer from diseases or pests.

ABC ripens in 90 days from the beginning of flowering under suitable conditions. If the autumn is cold, the flowering phase will be significantly extended. Buds create many foxtails. At 49 north latitude, where these plants were grown, it begins to bloom in early September and ripens in the first half of December.

The flowers have a very delicate and pleasant floral scent with hints of lemon, pine and kush. It is important that the best quality is achieved by the buds just before the plant dies, at the very end of the cycle. Only at this point are the buds the most resinous and have the best effect. It will produce a mellow sativa high with a rather stimulating effect. ABC proved to be suitable for hash production.