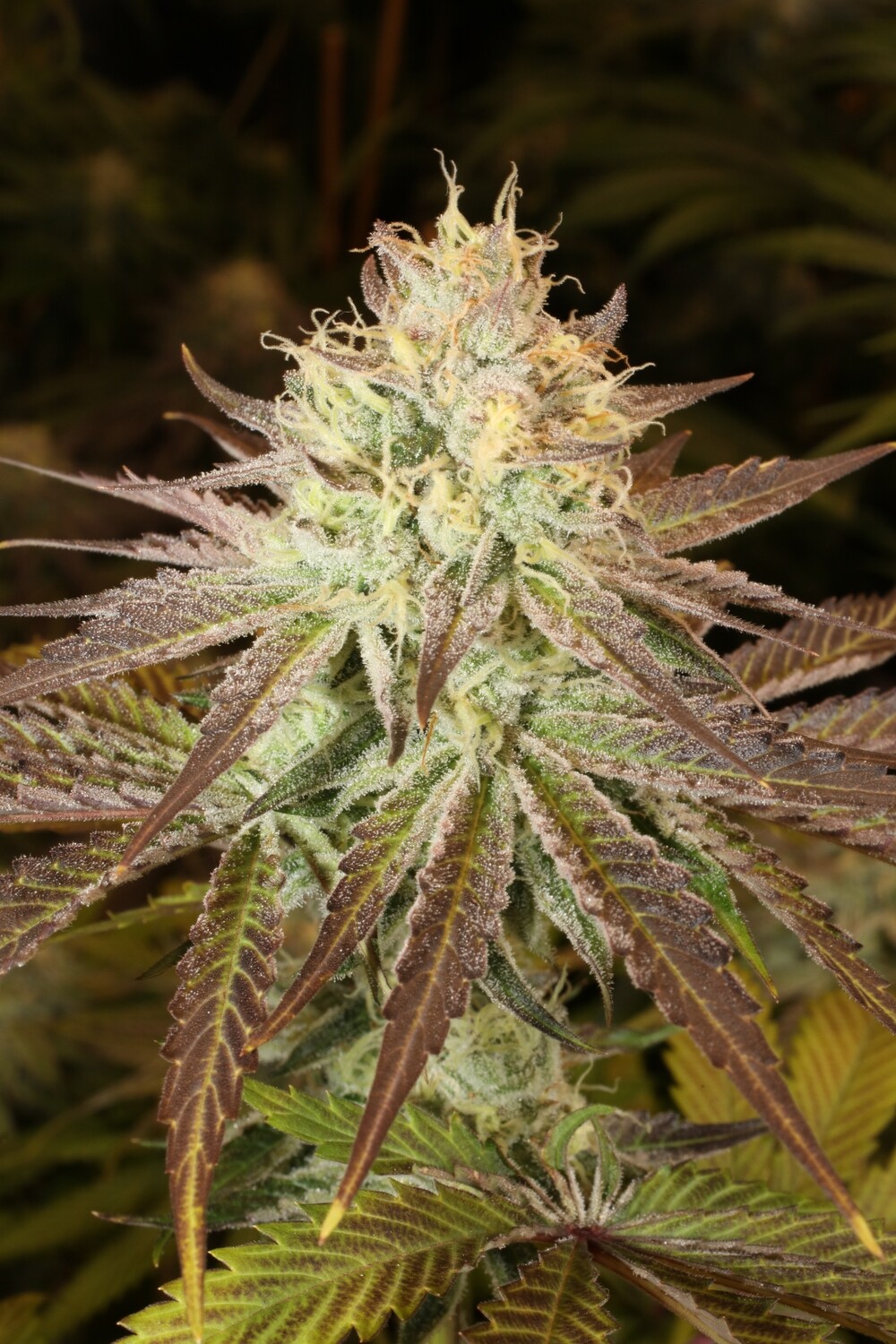 SKU 00649
$89.00
(Runtz x PuTang) S1
In stock
1
Product Details
Cuntz is a cross of Runtz x PuTang. I made these initially as a joke because of the name, but they turned out to be something really special, and people would ask constantly, so I decided to make one batch of seeds for release! I don't personally recommend smoking any cannabis with cookies genetics in it, but, for those who like that kind of stuff, I think these will be really special, they have been making a lot of people really happy! These seeds will never be made again, so if these interest you, grab them before it is too late!

Cuntz grows much better than Runtz alone, with great vigor from the PuTang side, we see about 2.5-3x stretch on these plants, with impressive structure and loads of bud sites that produce dense frosty buds even down lower. These plants can stack impressively, and can tolerate slightly lower light levels than many strains, with peak performance around 600ppfd in flower! The intensity of the terpenes on these plants is a serious treasure, and they hold their profile very well during drying and curing, these are very forgiving plants, and more stress-resistant than many Runtz crosses out there!

Of the 3 versions, Orange Cuntz is my personal favorite due to its insane high! It's also the best yielder.
TheOrange Cuntz line has the most orange tangie profile of the 3

phenotypes. It's got fat buds, dense and sparkling with white resin.

At first there’s an instant feeling of being stoned, a little confused and

heavy. You then get used to it and think ok, this is alright… then the

some serious introspection into planet earth and our ways as humans.

Music bounces around and visually patterns and objects seem to “pop”

more, just like the PuTang visuals. There’s a calm body buzz and a kind

of head pressure similar to headband. The mind goes fast in every

direction, scattered yet creative. In comparison the Pink pheno has a

very focused effect that is pure happiness, motivation, energy and