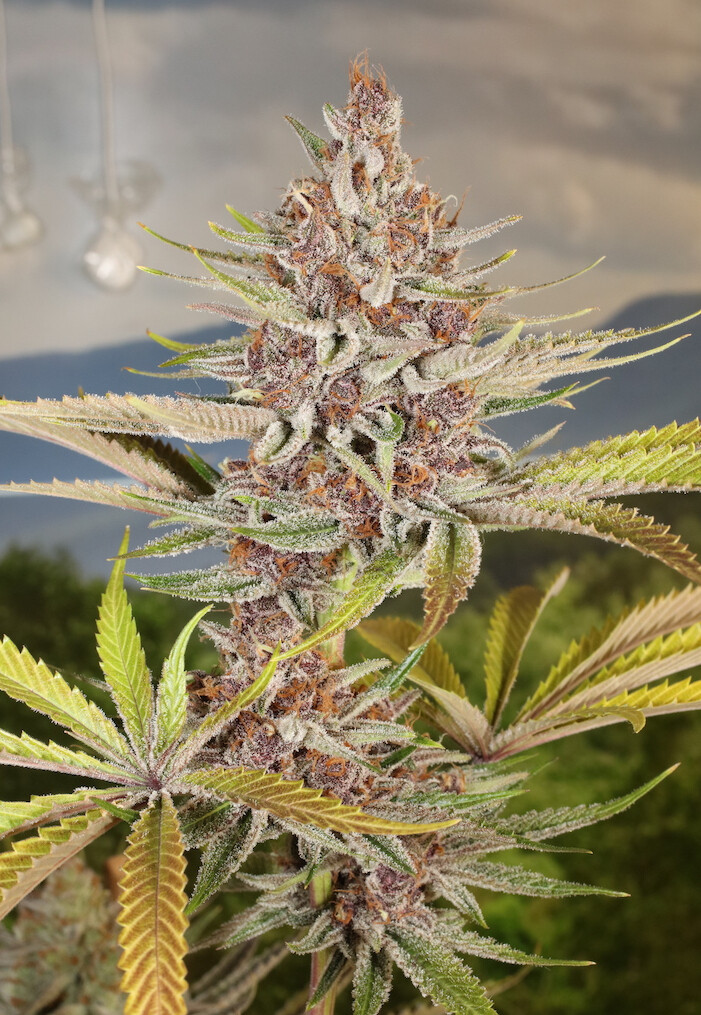 This is a collaboration we did with Mass Medical Strains. He sent us his award-winning keeper PuTang clone and we sent him one of our newest unreleased seed crosses at the time- Scentuous (Lemon Cheesecake x Purple Pineapple Express).

We crossed his PuTang (Tangie x Star Pupil) to our Divine Spirit male (Spirit in the Sky x Citrus Sap). Since both Tangie and Citrus Sap are present in the genetic lineage of Divine Putang, one can only expect extremely aromatic plants, predominantly consisting of tangy-orange with creamy undertones and hints of other sweet fruits as well.

Our Divine Spirit male was selected back in 2020. He was the standout of a group of 15-20 other males that year and was the very last one to flower, and noticeable so. Unlike his sisters, who were skinnier, and smaller yielding side, he was an absolute beast of a plant, and was the only one we decided to keep that season. Seeing what we saw, we had a really good feeling about him. Two years later, having seen his influence on our garden favorites, we can say that we'll be keeping him as one of a few select males that we will go on growing in our veg garden, being watered every single day of its life for years on end (it's already been two), so that we can continue to introduce him to our most stunning females. With Spirit in the Sky and Citrus Sap as his parents, everybody knows he's got good genes.

Divine PuTang seeds are vigorous and get off to a fast start, with mostly PuTang dominant phenos that resemble the green and purple PuTang phenos you can find in PuTang S1 seeds. Plants have a mostly sativa growth habit with average to long internode spacing and are quick to finish, 8 weeks, maybe even 7 to harvest. The resin coverage is so thick it forms resin rails and the trichomes themselves have a different appearance to them. What can one expect from the high? MMS says "Energy! If you're feeling tired, load a bowl, and it'll wake you right up!" Inspires a dream-like state of euphoria and well-being, without the raceyness.

Exceptional plants all around. Highly recommended for all types of gardens and skill levels. You cannot go wrong with these seeds!