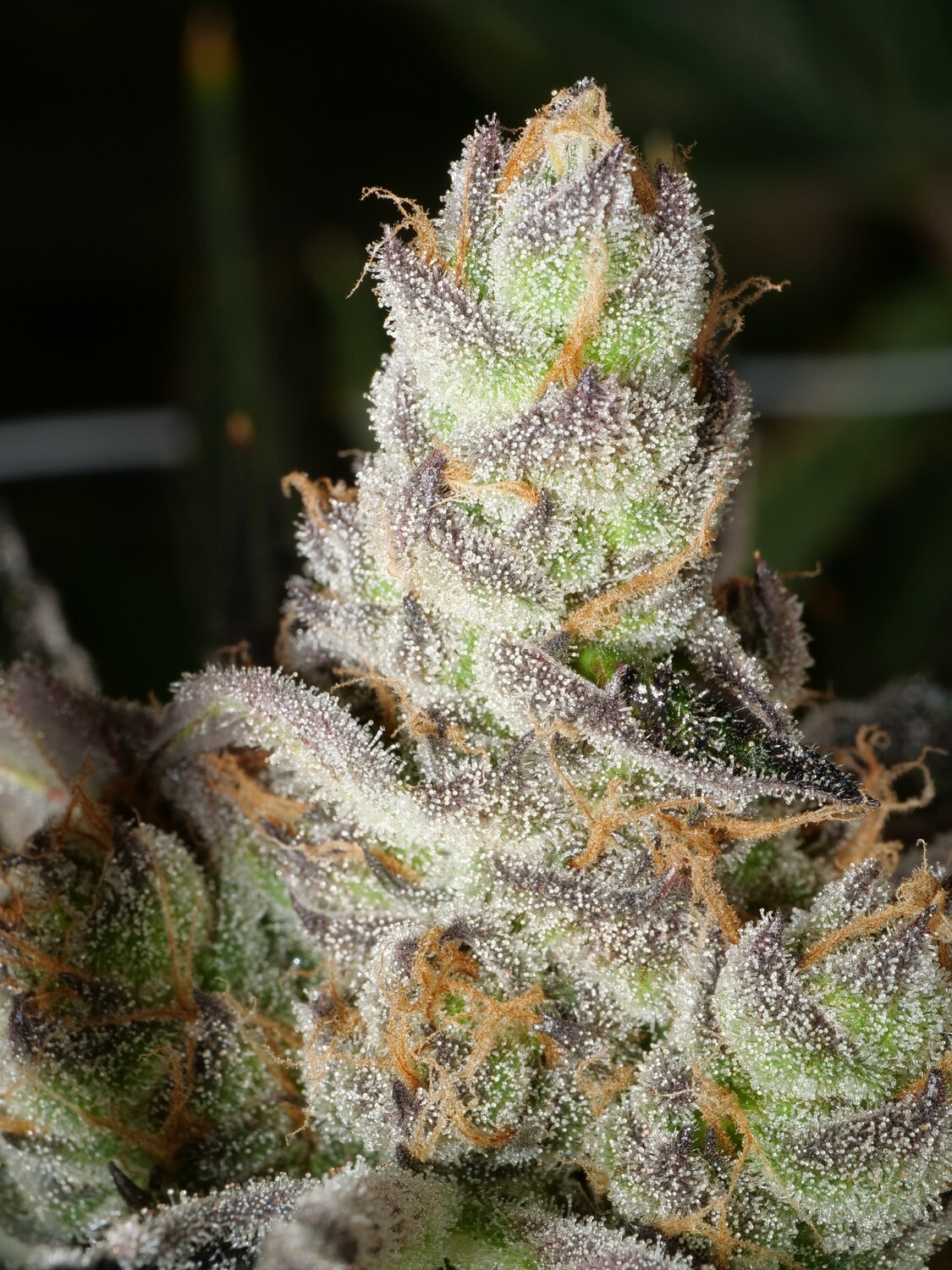 Medical Strains, is a cross of the cup winning PuTang mms cut and his

Mendobreath F4 Male "Junior"
In this MMS release, I backcrossed the

Moby Grape, most Mendobreath leaning female, back to the PuTang clone!

Grape regular release made by ThugPug. They are very similar in terms

of expressions, with a higher instance of the "pink" pheno that looks

relaxing, happy but more balanced and less super-high-energy than PuTang

on its own would be. It also has different trichome structure from the

These steal the show, hands down. This is a limited released. Includes

special exclusive freebie for this drop only: Indigo Child S2!

Cultivators. A majority of plants are pink flower expressions, while a

bit more of that Mendobreath terp full force on the green phenotype.