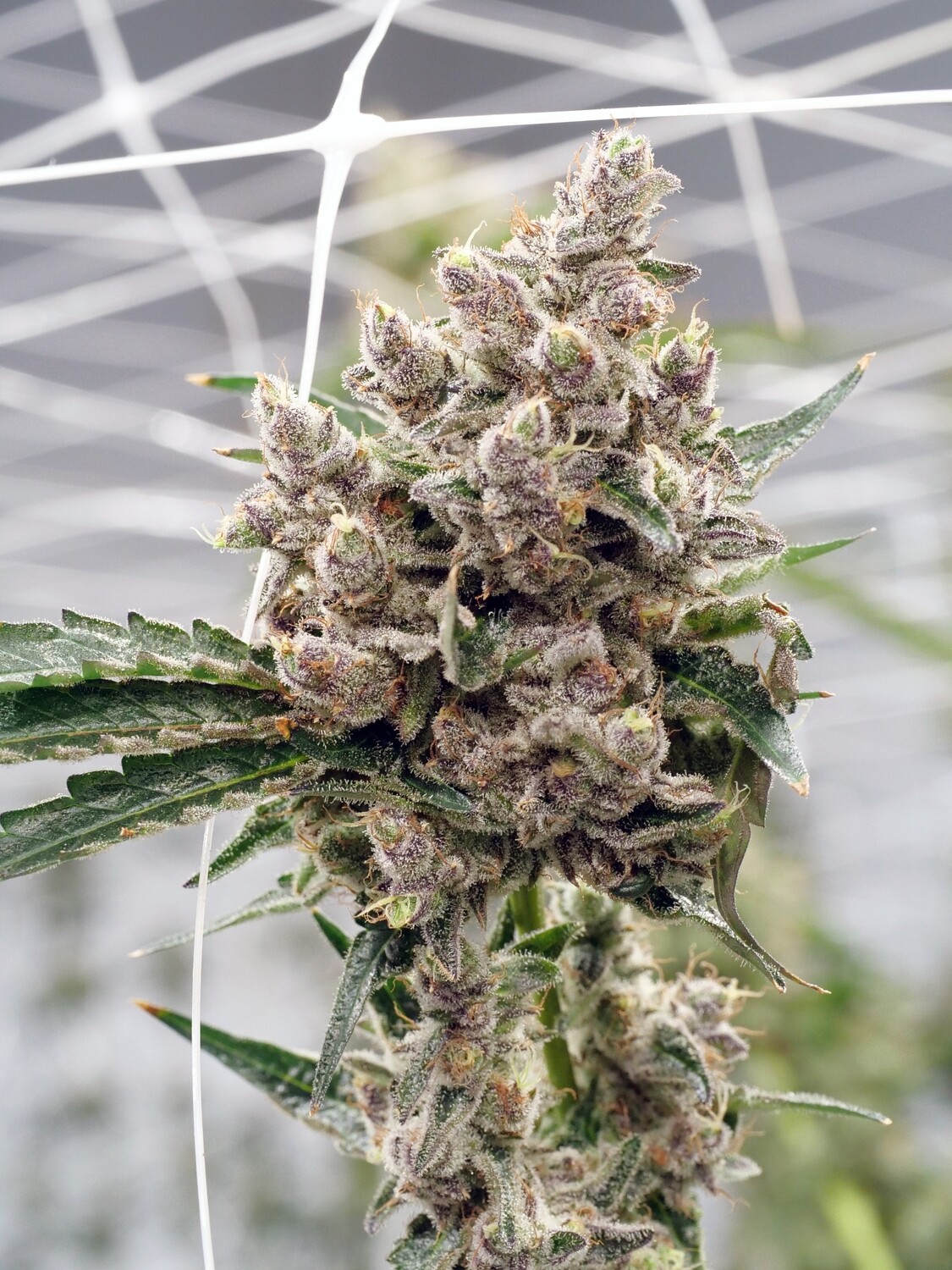 Year of the Haze continues with our third Haze hybrid release, Psych Ward!

Psych Ward is the most “indica” influenced haze hybrid we have ever created, it packs a serious hybrid punch and flowers extremely quickly, finishing in 7-8 weeks of flower!

These short, bushy plants have low stretch and high yield, filling in with thick buds and beautiful frosted foxtails, displaying the best characteristics of both indica and sativa strains in one awesome hybrid. They are very frosty and some phenos go real purple in the last week or two.

This strain has a fantastic terpene profile of melted berries… no… melted butter, berries… lacquer/solvent sharpness and citrus gasoline.

Since a picture is worth a thousand words, and a video is a thousand pictures, here’s a video of our new Psych Ward strain.

Psych Ward has a gnarly sativa high that will have you questioning your definition of reality, with a heavy indica body to hold you down till the ride is over. For many, a good haze influenced hybrid like this can border between psychotic and antipsychotic, it all depends on how much you smoke and if you’re built to handle it. Our intentions are always healing, but sometimes you have to get intense to break through, so this is another smoke that we recommend caution with until you’ve felt what she is capable of.

Lineage is a cross of Psyche x Deadly Sativa. Psyche is by Mob Seeds, a heavy indica selection out of his line The One bc1 x The One bc1, selecting for Afghani leaning phenotypes from this famous 1970s hybrid of BOEL Thai x Afghani genetics!

Deadly Sativa is one of my all time favorites, bred back in 2016/17 by me. It combines a very special Amnesia Haze plant with the Prayer Tower Sativa #9 male which made a lot of my all time best hybrids. D. Sat can be a big yielder, with insane terpenes and an even more insane high. I love it in small amounts, where it’s very euphoric and trippy, energetic, stimulating, and creative. In higher amounts it can be totally overwhelming, and it’s been the perfect strain to create some of my favorite Year of the Haze releases like this one and last month’s Deadly Kernel, too.

Psych Ward is extremely limited, with only 60 packs in total. So set your alarms and don’t miss out: These will be found on Friday, March 4, at 4:20pm eastern time at:
www.wellgrownseeds.com
www.greatlakesgenetics.com
www.coolbeanseedbank.com